BREAM IS RETIRED (me too)

- June 23, 2021
Thank you for your interest in the Bermuda BREAM programme. We shut down the project in 2018. Our past research will be posted shortly. Cheers - Dr. Thad Murdoch
Post a Comment
Read more

- July 23, 2018
Here is a google map of all the Open Wrecks in Bermuda, as posted by the Bermuda Government Department of Environment and Natural Resources. I fixed a couple of location errors. Use at your own risk, of course. More about Bermuda's ship wrecks can be seen at: https://environment.bm/shipwreck-legislation-overview/
Post a Comment
Read more

- February 09, 2018
While our maps and reports can be seen at www.BermudaBREAM.org , I thought it might be useful to show our long-term monitoring sites on Google Maps on our blog too. The dots on the map below show the location of the 39 sites we monitored in 2015 and 2016. The colours represent reef zones, as follows: Green: 10-m Forereef Yellow: Rim Reef Orange: Outer Lagoon Red: Inner Lagoon. *Colours are not an indication of reef condition. Our latest report, that compares reef condition in 2015 and 2016 with Baseline data from 10 years ago, is going through the final review and will be out soon!
Post a Comment
Read more 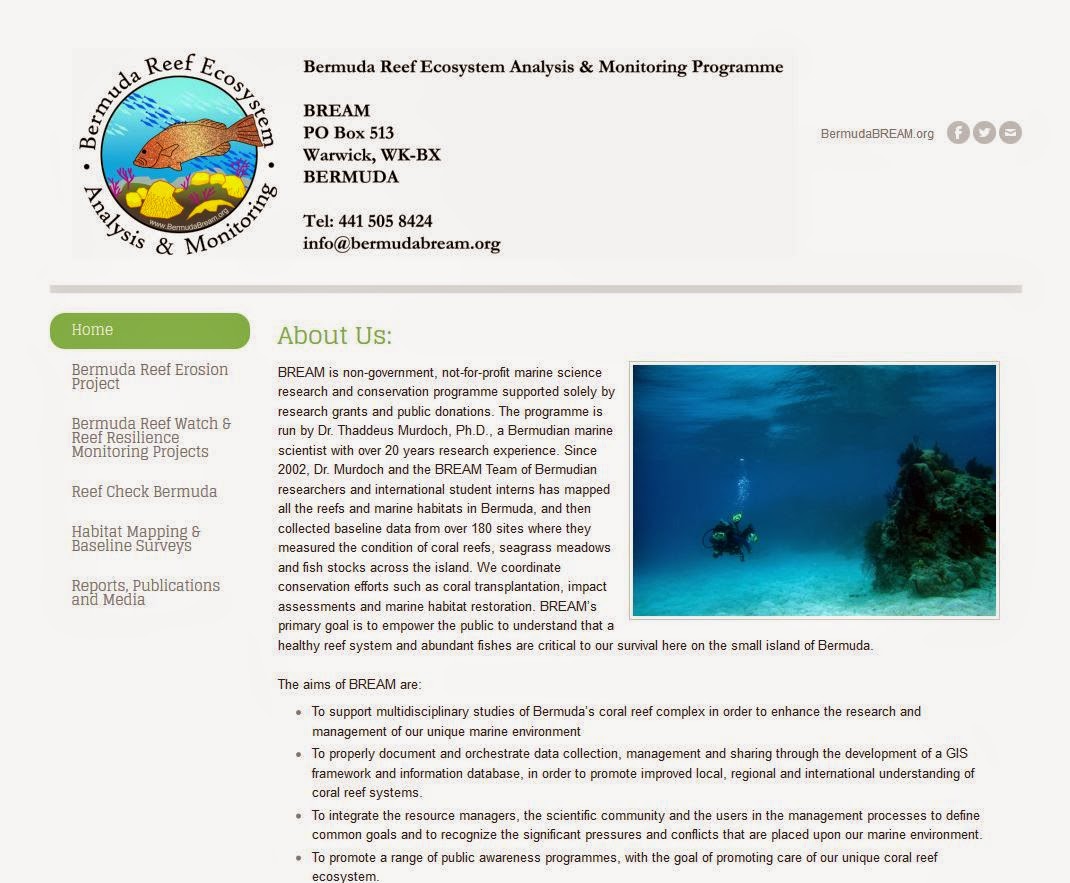 We are happy to announce the BREAM programme has a new website, which can be seen at: http://www.bermudaBREAM.org That link used to direct web traffic to this weblog - which is still active and accessible via links on the new website or at: http://www.bermudaBREAM.blogspot.com The BermudaBREAM website will allow us to: dynamically share our raw and processed marine survey data and our GIS habitat maps provide links to our reports and updates provide information on our active and past projects.
Post a Comment
Read more

2014 Reef Watch Report presented to Minister for Health and Environment

Dr. Thaddeus Murdoch presenting a copy of the 2014 Reef Watch Report to the Hon. Jean Atherden, Minister for Health, Seniors & the Environment. The Bermuda Zoological Society (BZS) is pleased to announce that the 2014 REEF Watch Report is now available to the public, and has also been officially presented to the Hon. Jean Atherden, JP, MP, Minister for Health & Environment. The report is a culmination of the data collected during REEF Watch 2014, which was held on Saturday, June 28, and supported by lead sponsor, Hiscox. During the one-day event, members of the community were invited to participate in an island-wide effort to monitor the health of Bermuda's reefs in support of the Bermuda Reef Ecosystem Analysis and Monitoring (BREAM) programme, led by chief scientist, Dr. Thaddeus Murdoch. Not only was the event a huge success as a fundraiser for continued reef protection and support of BREAM, it also provided scientists with a
Post a Comment
Read more 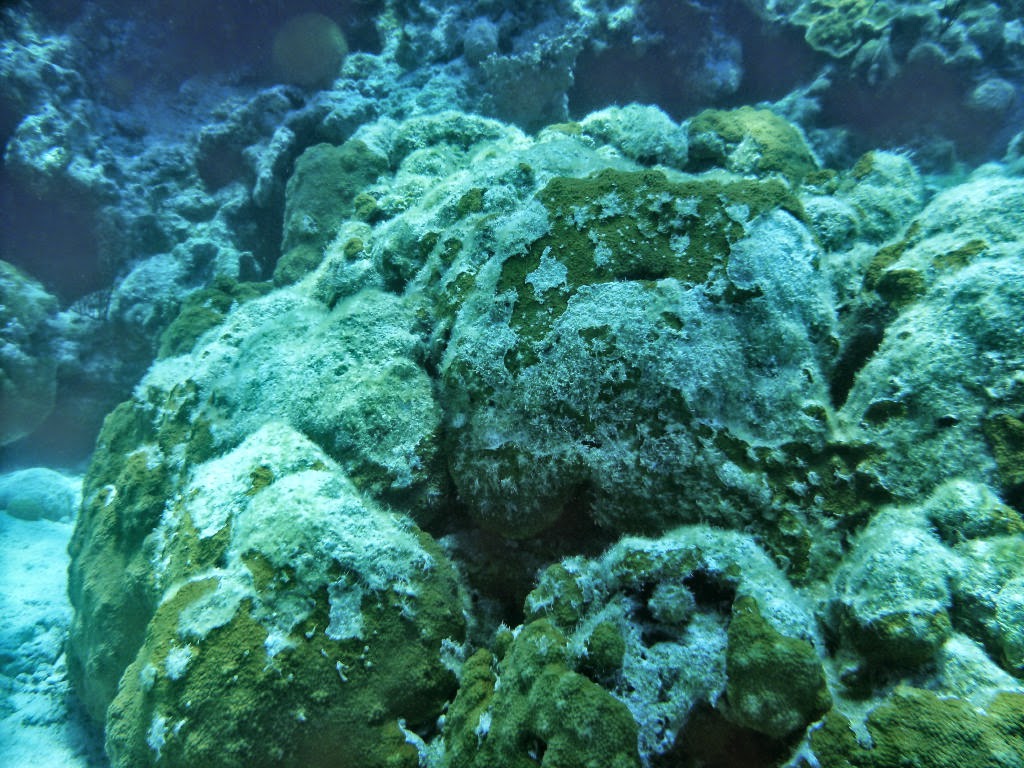 The 2014 annual report of the BZS Reef Watch project can be accessed at this: link to pdf file
Post a Comment
Read more 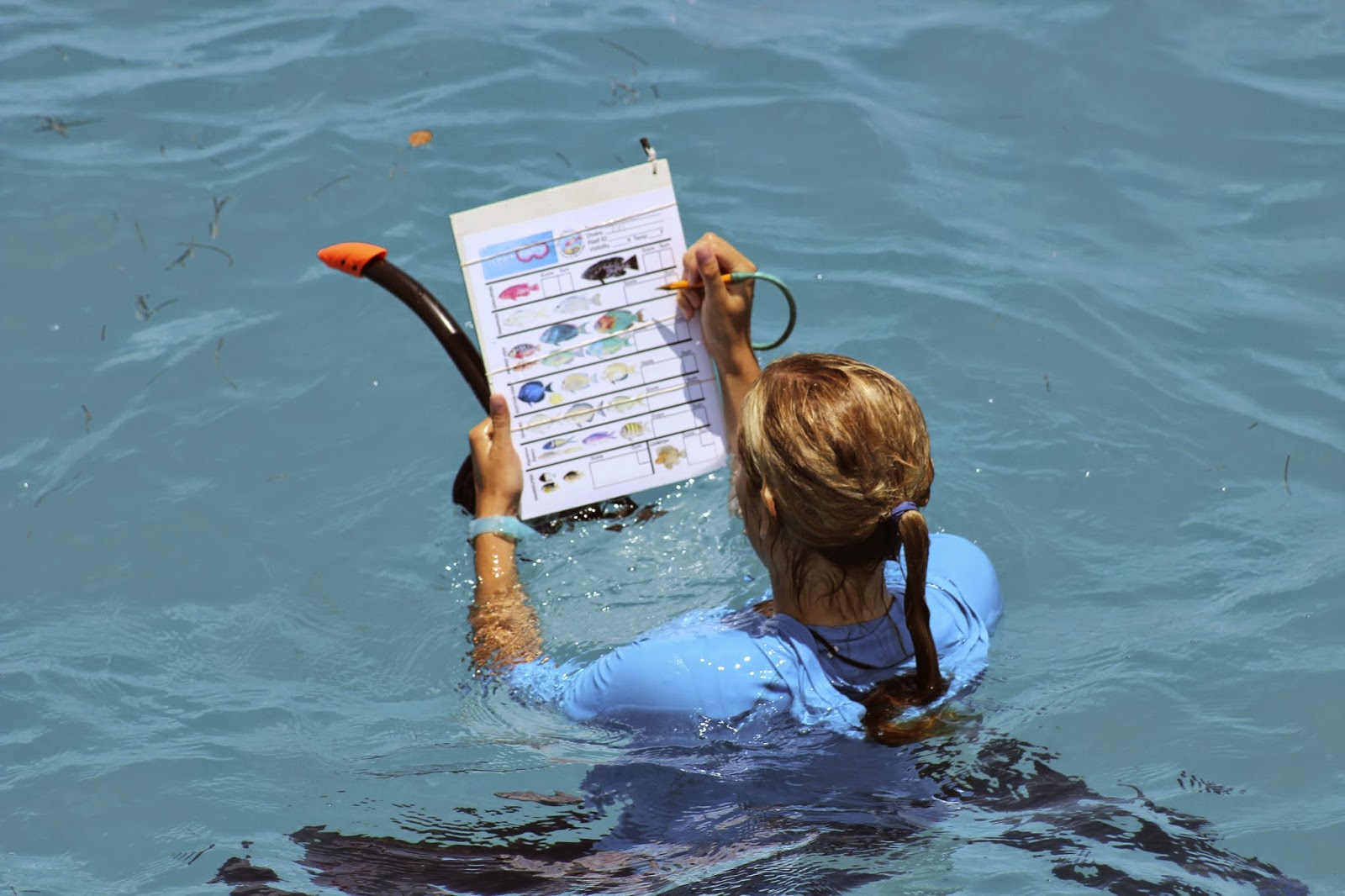 The Reef Watch - Methods Manual is available as a pdf at this link: LINK
Post a Comment
Read more
More posts