Showing posts from October, 2008
Show all

Shocking rise in number of turtles killed by boats

Shocking rise in number of turtles killed by boats

Killed: A dead Hawksbill Hybrid turtle found by Marine police in Hamilton Harbour (rear) and a smaller green turtle (front) found off Spanish Point. Boat strikes are a common cause of such injuries. Photo: Mark Tatem More turtles have been killed by boaters in the past two months than in the whole of last year. Now Marine Police and conservationists are urging boat users to slow down and take extra care in areas close to shore where turtles feed in the vicinity of seagrass beds. Boaters are reminded that the speed limit within 100 yards of shore is five knots with no wake, although this is relaxed in some areas such as busy Hamilton Harbour and Ferry Reach. Patrick Talbot, head aquarist at Bermuda Aquarium Museum and Zoo (BAMZ), said it was vital boat operators obeyed marine rules and regulations. He also urged people to avoid dropping trash …
1 comment
Read more 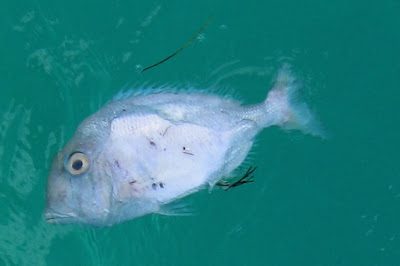 Have been seeing and hearing accounts of dead fish either washing up onto beaches, been seen floating around, sick fish swimming around and dead fish lying on the sea floor.

Grouper, parrotfish, hogfish, angelfish, porgys, tomtates and squirrelfish have been mentioned, but perhaps others are affected as well. Affected fish have been seen from Franks Bay to St. Davids and out to North Rock - so it appears to be platform-wide.

The cause is as yet unknown, but may be a dinoflagellate or other kind of toxic algae. Like CSI, scientists at the Department of Conservation Services are collecting dying (but not dead) fish to try to determine the cause. Already dead fish grow too many other kinds of bacteria to be useful for determining the cause of the illness.

The Volvo Environment prize for 2008 is awarded to Crawford “Buzz” Holling, one of the world’s most influential ecologists

The Volvo Environment prize for 2008 is awarded to Crawford “Buzz” Holling, one of the world’s most influential ecologists

The Volvo Environment Prize, administered by an independent foundation, this year goes to Buzz Holling, Canadian ecologist and scientist, whose theories on how ecosystems deal with sudden changes have had great global influence. Today, with many worrying about global climate change and unexpected natural disasters, Buzz Holling stresses the importance of increasing our society’s ability to be flexible and cope with change. This is necessary for the continued use of natural resources, because crisis, Holling says, is an inevitable part of nature’s way of
functioning.

Buzz Holling is perhaps best known as the father of the resilience theory. Resilience is the capacity to deal with change and continue to develop. It refers to the capacity of a socialecological system both to withstand perturbations — from, for instance, climatic or economic shock — and to rebuild and re…
Post a Comment
Read more

See some of the best and brightest established coral reef scientists discuss the threats and ways to manage our reefs, corals and fishes.

They are available at this link: here (link fixed)

Our Sargasso Sea is a "High Seas Gem" 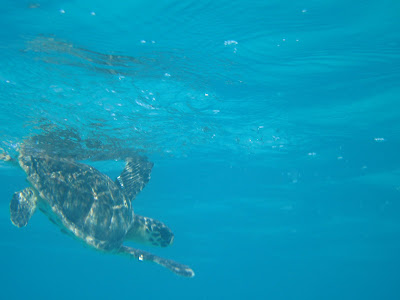 High seas gems in the spotlight 09 October 2008 | IUCN Press Release - LINK
Today at the IUCN World Conservation Congress, a joint initiative has been launched to highlight special places in the least protected place on Earth: the high seas. The centerpiece of which is a brochure showcasing 10 “gems” of the high seas.Link to pdf of brochure: here
The publication, launched by an unusual partnership bringing the Chantecaille Beauté company together with IUCN, World Commission on Protected Areas (WCPA), and Marine Conservation Biology Institute (MCBI), features sites such as the Ross Sea in the Southern Ocean, the Emperor Seamount Chain in the Pacific Ocean, the Sargasso Sea and Charlie-Gibbs Fracture Zone in the Atlantic Ocean, and the Saya de Malha Banks in the Indian Ocean.The 10 sites exemplify the range of habitats in the world’s oceans. “International efforts to identify and protect significant high seas places are in their infancy,” says Jeff Ardron of MCBI. “This book…
Post a Comment
Read more 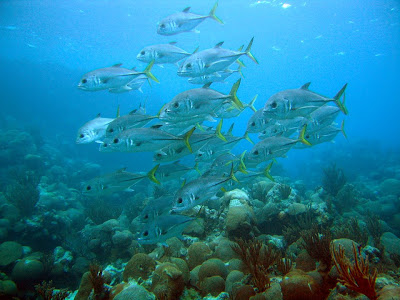 Here's a photo of a healthy coral reef off the South Shore of Bermuda.
Always good too see lots of fish and lots of coral!

Have a great long weekend and a Happy Hero's Holiday!