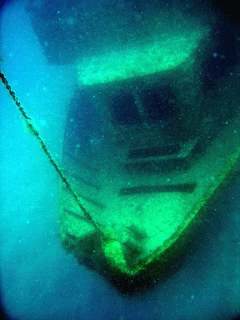 (first blog - trying it all out - whooooo)

In January Alex, Ben and I went out to dive on the "Sea Venture" intentional wreck, which is a new dive site in Bermuda next to Eastern Blue Cut. The seas were flat calm, although viability was rather poor.

On entering the water and descending the mooring rope the first thing we noticed was the wreck was covered in a thick furry layer of filamentous algae. Otherwise the wreck is sitting upright on the bottom and its many open windows and cut swim-throughs begged for exploration.

Once inside the main floor one of the first things we saw was a MASSIVE old black grouper, who clearly was at home on the wreck. Almost no other fish were around, which might be thanks to this big lad. Very glad the wreck is within the NO FISHING ZONE of EBC, so hopefully this great fish can provide entertainment for lots of tourists this summer.

We took a bunch of video and photos, after which I went over to the neighbouring reef, to see if it too was covere…
Post a Comment
Read more