Corals are Colonies of Polyps 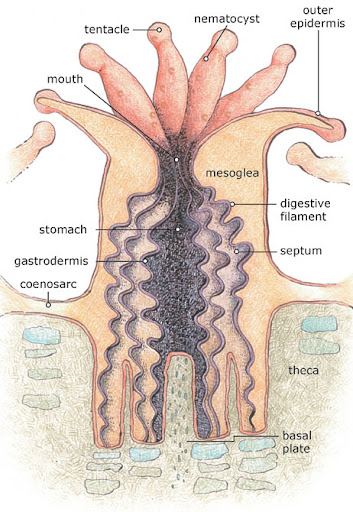 The hard and soft corals that make Bermuda's reefs are made up of many separate polyps, which are like individual little sea anemones.

The polyps are distinct in some corals, such as the "Massive Star Coral" shown in the close-up below.

In other corals the polyps form in linear series, so that the individual polyps are hard to see. Brain corals do this, and in the photo below you can see the separate polyp mouths, indicated by arrows, that are inside the groove formed by the row of joined polyps.


Each polyp is an exact copy of its sisters, and what we think of as individual corals are really colonies of these clones all living and coping with the environment together.