Mangroves: Back to Bermuda’s Roots 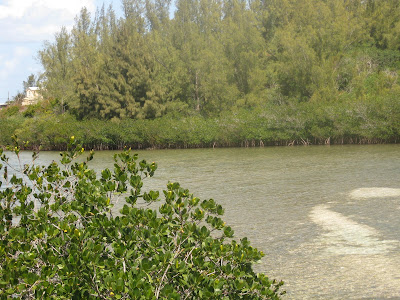 Two views across The Lagoon at Ireland Island showing the fringing mangroves and neighbouring seagrass habitats. These natural areas are critical habitat for juvenile snappers and grunts which eventually leave and live as adults out on the coral reefs.

While we tend to think of marine habitat restoration as something modern – I have found two instances where healthy mangrove forest were created over decades and centuries ago.

During the last few months, I have been comparing extant marine and coastal habitats around Bermuda to those that were present two hundred years ago. I have been doing this by comparing recent aerial photos of the coast and reefs to the same areas charted by Thomas Hurd between 1788 and 1797. Throughout my work, I have been striving to determine what changes have occurred to these habitats, whether the changes have benefited the environment or not, and whether they are natural or anthropogenic. While in many cases, the environmental change…
1 comment
Read more
More posts